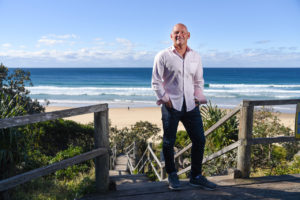 In our first interview of speakers and presenters that will be attending Ignite Mid North Coast Symposium 2019 we are featuring Scott Schindler.

On November 6, Scott will be speaking at the Slim Dusty Centre, located in the Macleay Valley and location for this year’s event. Ignite MNC Symposium 2019 will bring together creative thinkers and inspired innovators from within the region and beyond to talk about “Your World 2030”.

Scott Schindler is a business and sports leader proudly from Sawtell, New South Wales, Australia. As the CEO of ReNet, he was recognised as a leading Aussie business identity, and keen surfer who has won multiple Surfing Titles.

At its core, Scott’s career is a story of creativity, hard work, and a love of Australian life. As CEO of ReNet, Scott has presided over the growth of a start up business that began in 2000 with just 1 single property listing advertised.

Scott is also a highly sought-after public speaker, trainer and thought leader within Australia, and around the world. A business mentor and sales trainer that can back up advice with proven results in his own life, Scott credits his ‘quintessentially Australian’ identity as a born optimist, and clear-cut straight talker, as key to his success in this arena.

We recently caught up with Scott for a quick Q&A.

Self doubt, goal setting and determination

Grandfather, to say thanks

If you were to stop work tomorrow, how long could you survive?