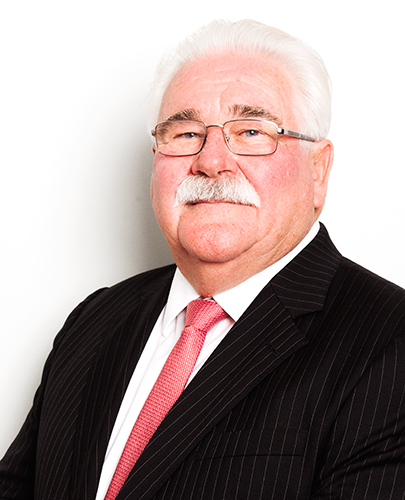 John O’Neill is the Chair of RDA Mid North Coast.

John is a macadamia grower with a farm in the Nambucca Valley. He has been involved with macadamia growing for the past eleven years, having retired after thirty years in law enforcement at a very senior level and reinventing himself in rural life.

John is a Director and Company Secretary of a private macadamia processing company owned by shareholders and operating a processing and distribution enterprise in the macadamia industry.

John also has experience as a Director of a number of private companies.

Since moving to the Nambucca Valley has also become a Director and Company Secretary of a large NFP offering a range of services to the wider community for Lifestyle, Education and Care facilities located over a number of sites on the Mid North Coast, it is one of the largest employers in the Valley. He is also a past President of the Island Golf Club, Nambucca Heads.

John is a university graduate with a BA (Psych) degree and a GrdCrt (HRM). He is a Justice of the Peace and a Fellow of the Australian Institute of Managers and Leaders. 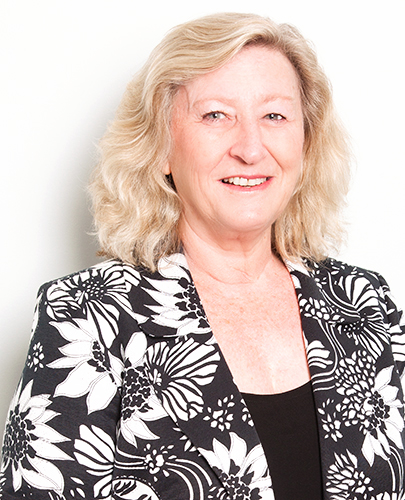 Chris Capel is a partner of Evesham Pastoral Company (a broad acre sheep, wool and beef cattle enterprise) and principal of Chris Capel Consulting based in South West Rocks.  She has experience in: regional/community development, strategic planning, communications, policy development, community consultation and engagement.  Having worked for State and local governments as well as Universities and regional development bodies she brings a wealth of experience in regional economic development to the table.  She is a graduate of the Australian Rural Leadership Program and is an advisory board member of the North Queensland Rural Financial Counselling Service. 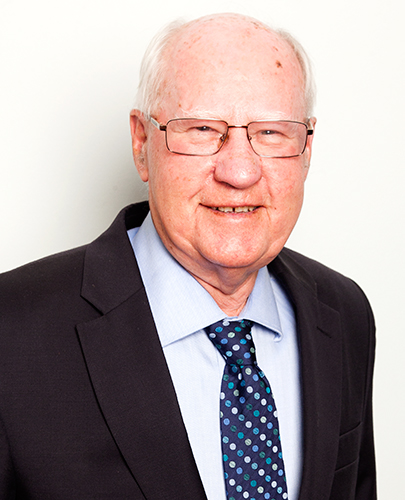 Richard is a Director of O‘Leary Partners Pty Ltd a Mid North Coast Public Accountancy firm that has been operating in Kempsey since 1984.

Richard has been involved in business & the community all of his working life. His passions have been Early Education, Youth at Risk Education, Aged Care, Rotary & Co-operatives domestically & internationally. 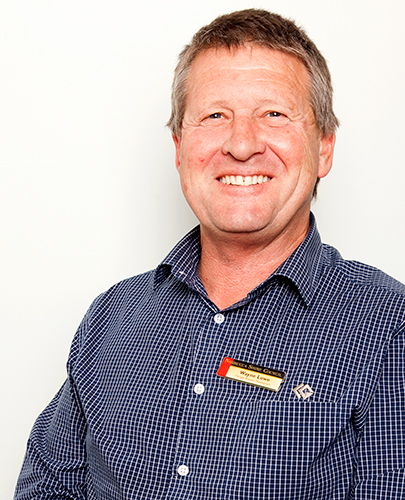 Wayne has worked in regional economic development and local government for 20 years as a facilitator of business and industry development.  Prior to this he owned and operated his own business.

Wayne manages all Nambucca Shire Councils business, property development, economic development and business and industry initiatives.  In this role he has successfully attracted 18 new company establishments in the Nambucca Shire and has worked on approximately 40 local business expansion projects.

Wayne project managed the development of Nambucca Heads Industrial Estate from green field site development through to sales and establishment of new businesses.  He also formed and facilitated the growth of manufacturing within the Shire of the Vehicle Industry Cluster, Manufacture Nambucca Network, securing $3m in government funding for the expansion of Express Coach Builders.

Wayne was a Regional Achievement Awards Finalist in 2005-2006 and a NSW Business Chamber Leadership Award finalist in 2014. 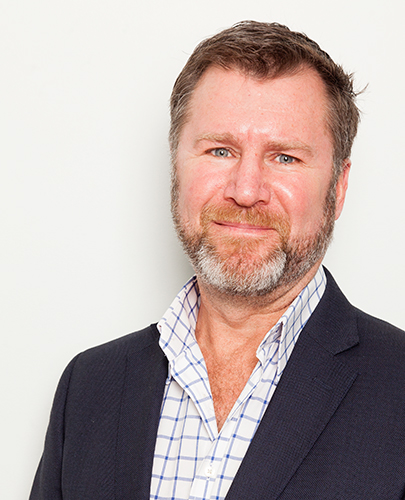 With 20 years experience in private industry, Rod has a strong commercial background and is well versed in corporate governance and the conduct of board activities, having held Chair and Board positions in a corporate environment.

Rod’s extensive military and corporate background has resulted in strong leadership qualities, and he enjoys training others in leadership, communications and team building. He is skilled in strategic thinking and planning and complex problem solving in a range of environments. 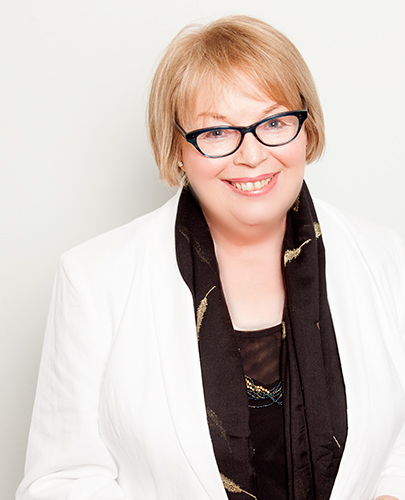 Robyn is the digital business advisor with the Australian Small Business Advisory Service and covers the Coffs Coast and Northern NSW regions.  The federal government program supports small businesses and helps them to maximise future digital opportunities.  She is an avid follower of key trends and uses this insight to help business operators understand the impacts of the current and future operating environment to craft the best solutions for success.

Robyn has worked as a consultant for a range of small businesses and business communities.  Her depth of experience includes media advertising, running commercial business operations and several years as manager of the City of Sydney’s business precincts, small bars and laneways program. She also runs her own business consultancy – Smashed Avocado Communications – which focuses on marketing, communications and PR.

Robyn is passionate about the opportunities the Mid North Coast offers. She is particularly keen to see existing businesses take advantage of the strength of the current economy to grow and thus grow job opportunities for the region. 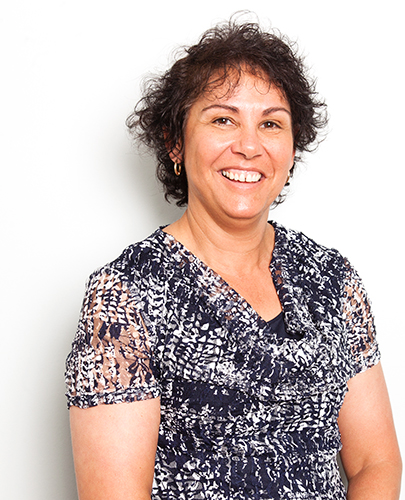 Tracy is a Gumbaynggirr woman. Her family is from the Nambucca Valley (Bowraville), and she is married to a Yirrganydji man from Cairns in Far North Queensland. She has five children and four grandchildren.

Tracy has had a long and varied career beginning with Queensland Health, Aboriginal Health Program when she was 18. She has worked in Identified (Aboriginal) and mainstream positions within government agencies and in the non-government sector. In January 2018, she undertook the role of Manager, Aboriginal Languages Legislation, Policy and Reform within Aboriginal Affairs NSW which is part of the NSW Department of Education cluster.  In 2017, Tracy worked in the Department of Planning as the Director of Bowraville Solution Brokerage, previous to these two roles she was the Regional Manager, Greater Northern Region. Tracy has been privileged to work in challenging and rewarding roles within Aboriginal Affairs that have allowed her to be part of projects that are vitally important to Aboriginal people.

Tracy is outcome driven, implementing projects and programs with transparency, equity, ability, and follow through. Her goal is to build on her current work to influence and build capability of Aboriginal and non-Aboriginal communities, government and non-government organisations, and most importantly people she works with.

Tracy looks forward to working with the RDAMNC and effecting change that will improve the economic prosperity of the Mid North Coast. 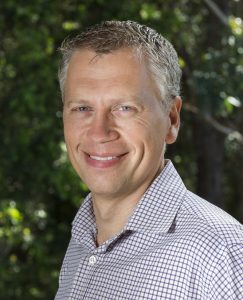 Tony is an entrepreneurship advocate whose specialty is to deliver complex technology in a simple way. Although Tony initially trained as an Engineer, he feels his greatest strengths are in the arena of social interaction. Networking, developing new business partners, sales and closing deals give him extreme job satisfaction. Running his own regional Internet service business as well as being a Business Development Manager in the ICT industry, Tony developed extensive business relationships with local business communities and the Education, Health, Government, and Corporate sectors. Working in areas where his IT and business background is also applicable enables Tony to operate on both a social and technical level.

His company operates the Innovation Hub Coffs Coast, a partnership between the Coffs Harbour City Council, TAFE NSW and Southern Cross University addressing some of the biggest regional challenges through innovation and entrepreneurship.

For more than 25 years, Stewart Dowrick has advocated for and worked towards greater access to quality health care for communities.

Appointed the Chief Executive of the Mid North Coast Local Health District in January 2011, Stewart works with the region’s clinicians and the community to provide health care through strategic and quality management.

Since 2000 he has held Area Health Service executive positions on Mid North Coast and North Coast Area Health Services, overseeing health projects from Taree to Tweed Heads. As Chief Executive, Stewart’s priorities for the Local Health District include overseeing a 10-year capital redevelopment program and working within a mufti-partnered approach to develop future opportunities for higher education and research in the region.

Stewart holds Post and Undergraduate degrees from the University of NSW and University of Newcastle and is a Fellow of the Australian Institute of Company Directors. He continues to be actively involved with a range of community and sporting activities.